When Castro blocked Cubans from the internet, they created their own

When Castro blocked Cubans from the internet, they created their own

Some of the world’s greatest innovations cannot be stopped once people find out about them, even when the government tries.

This is the story of the people of Cuba, who created their own informal internet and content distribution system when the communist government wouldn’t allow them access to the world wide web.

Check out the video above from Vox which shows how entrepreneurial, tech-savvy people have built their own mesh network based on internet principles in Havana.

The government is one of the most extreme examples of internet access control in the world, matched only by other dictatorial communist regimes like North Korea. Only 5% of Cubans actually have access to the open Internet, estimates the Internet freedom watchdog Freedom House, and speeds are extremely low. Home connections are practically nonexistent, and only government officials, academics, doctors, engineers, or regime-approved journalists have Internet access at work, says Ellery Biddle, a researcher who has focused on Cuban Internet issues for the last six years.

For everyone else, there are expensive government-run Internet cafes where an hour of connection can cost between $6 and $10, a prohibitive amount of money in a country where the average weekly salary is around $20.

But this hasn’t stopped some of the benefits of the internet proliferating in Cuba, in a typically bootleg fashion. In the past few years, over 10,000 computers are informally linked through network cables between windows and rooftops in a network called StreetNet.

Here, Cubans can use a homegrown version of social media, write blog posts, share photos and even use online dating.

Netflix without the ‘Net

But what about some of the other benefits that broadband internet has enabled in the rest of the world? Especially in a country where there is one TV station, and the content is produced and controlled by the government. Things like access to information sources, world news, downloading music and streaming movies and TV shows?

Just because they can’t be streamed straight to a computer doesn’t mean the people of Cuba haven’t found a way to enjoy those benefits as well.

In the second video below, we see the fascinating story of “El Paquete Semanal” (The Weekly Package), a way for media brought into the country on 1 Terabyte hard drives to be distributed across the whole country by hand using flash drives.

It is the Cuban equivalent to Netflix, without the internet. People will go to a local “dealer” who has access to all the latest films, videos, PDFs, apps and music for the week, and download what they want to watch at home for $2. While some people are very selective, others will just take the entire “weekly package” of media.

The monument to the flash drive for Liberty

But in addition to using flash drives to spread entertainment media, they have been just as important in letting the population begin to express themselves where previously there was fear of what the government might do to dissenting voices.

Blogger and activist Yoani Sánchez shares her story about how flash drives and the informal internet in Cuba is a wonderful example of community creativity.

You can see the speech she gave at Google Ideas in 2013 here, showing what an impact the flash drive had on the population:

She mentions how when one person accesses the real internet, they can then spread that news to a hundred, a thousand, or 500,000 other people.

The good news is that the future looks like it might finally bring an improvement to the internet infrastructure to the island, allowing more people to finally get online.

When the US government lifted its trade embargo in 2014, one of the conditions which the Cuban government agreed to was that they would relax restrictions on internet access. Indeed, US businesses would now even be allowed to invest in small businesses and telecom infrastructure. And there are signs that with the prospect of tourism increasing and a desire to attract foreign currency, internet access through Wifi tickets is slowly improving.

And while internet cables aren’t easily available, devices to access the web, like smartphones, iPads and laptops seem to be easily accessible as many people have a “friend in Miami”. This gives many people a device that could access these Wifi hotspots.

But with the ingenuity and resourcefulness that the Cubans used to get their own network, I wouldn’t be surprised if they find a way to open a window to those services as well.

It just goes to show that some ideas can’t be stopped. People will always find a way. 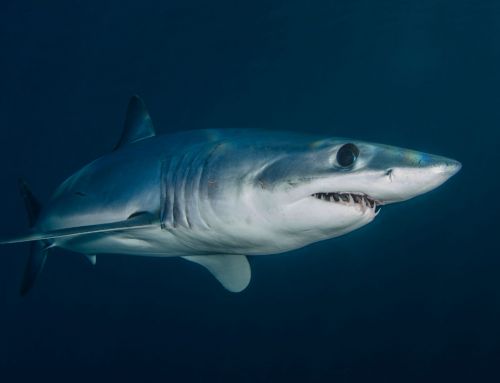