“As long as my failing project keeps going, I won’t be a failure”

“As long as my failing project keeps going, I won’t be a failure”

Is it better to have grit, or know when to quit?

A few weeks ago I was listen to an excellent episode of the Innovation Show podcast, with guest Annie Duke.

It was about her new book “Quit: The Power of Knowing When to Walk Away“, and there was one topic they spoke about which really stuck with me when thinking about innovation projects.

She spoke about why people often find it so hard to walk away from or stop projects which are obviously failing.

This happens a lot in the world of innovation projects, where insights show that the initial idea for a project just is not working and the project should be killed. However, the project team, and especially the project owner (often the person who originally had the idea), just cannot let the project stop.

The reason is that as long as the project is still going, it has not officially failed yet.

And as long as the failing project keeps going, the person leading it therefore won’t be a failure.

Think of it like the well-known problem in gambling called “loss chasing“, where a gambler begins to lose money and thinks the only way to get it back is to continue gambling larger amounts, with the hope that any one win could bring back what they have previously invested. Essentially, even when they have “failed” by losing a lot of money in one evening, they would not be deemed a “failure” until they stop gambling and leave the slot machine / roulette table / poker game, since then their ability to recoup their investment really has stopped.

This can be especially problematic as the longer an innovation project goes, the more painful it can be to be forced to stop. As time passes and project costs accumulate, management can see those previous sunk costs and fear losing what they have previously invested if the project stops. Counterintuitively, that previous investment is already gone, and spending additional money on a bad project often just results in additional money, time and energy being wasted, when it would have been far more effective to recognise it was time to stop earlier.

People feel failure tremendously as it brings a risk of shame and being rejected from their group.

In a job setting, failure is often especially feared as it will be noted in performance reviews and have an implication about how able someone is to do their job.

So often, the most comfortable thing an innovation team does during a failing project, even when they know the best thing to do would be to quit, is to say they should keep going, and eventually all the extra effort might fix everything.

This hardly ever happens, and is almost always a bad idea.

So what can we do to reduce the risk of this happening?

In conclusion, failure in itself is not bad, if it is done in small, cheap steps and helps the teams get to where they should be going faster.

Even if that destination is the project being stopped.

Often, quitting is the smart choice.

Top 5: How to plan your 2023 innovation activities and events for maximum success Gallery

Top 5: How to plan your 2023 innovation activities and events for maximum success

Balancing your innovation portfolio: Does the 70-20-10 rule still apply? Gallery

Balancing your innovation portfolio: Does the 70-20-10 rule still apply?

Why Facebook needed to let go of 13% of their workforce 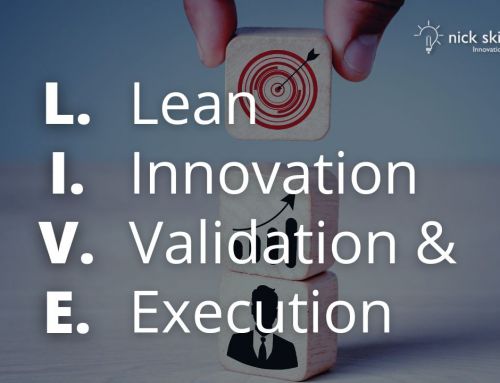